Brigitte first experienced singing a masterwork in big music halls, such as Davies Symphony Hall, when she joined the California Bach Society under the directorship of Ed Flath. This experience inspired her to study voice at UC Davis and San Jose State University.

While at SJSU, she participated in the opera workshops and sang in the Opera San Jose chorus. She studied other performance related fields, like theatrical make-up and costume design, at San Francisco State University where she earned a B.A.

The field of music education was first introduced to her at Holy Names College in Oakland, Ca, when she began her studies of the Suzuki piano pedagogy. She was awarded a Certificate of Suzuki pedagogy after completing all seven books of the Suzuki piano course and giving a concert.

Brigitte furthered her studies in music education at SJSU and in education in general while she was the choral director for two local high schools. She has also enjoyed directing middle school orchestras, bands, and bell choirs.

After her time in public education, she returned to SJSU to study choral conducting. She earned her Masters of Music in choral conducting, focusing on choral music from the Baltic countries.

Brigitte now devotes her time and efforts to her family, private studio, and composing her own songs. 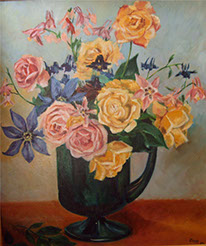 Since singing is so good a thing, I wish all men would learn to sing.

Please email me if you are interested in lessons.

My email is my first name, brigitte, spelled with 2 i's and no D, followed by @singersheart.com

I look forward to hearing from you!